If there’s one stock many are regretting purchasing a year ago, it’s Shopify Inc (TSX:SHOP)(NYSE:SHOP). Analysts kept setting this stock up for failure, but the company kept shooting it all down. Each earnings report came in higher than the next, beating analyst expectations again and again.

I don’t have to tell you about the company’s sky-high share price to date, but I will. Shopify trades at writing at $1,387 per share, down from its all-time high of $1,478 after second-quarter earnings.

While other companies have fallen to the wayside during the pandemic, it looks like Shopify was a defensive stock no one saw coming.

The share price is now up about 180% in a year. Since its initial public offering, that price is way up, growing a whopping 3,463% in the last few years. So while I wouldn’t necessarily say that the time has passed on this stock given how it continues to outperform, it might be time to think outside the Shopify box.

There are other stocks out there that also outperform the markets during this downturn, and none better than those in artificial intelligence. What you want is a company that isn’t afraid of focusing in on one key market, knowing it well, and diversifying within that market.

Shopify is a great example. The company focused in on e-commerce, but has several avenues bringing in revenue. From its application, to its subscription services, its shipping and receiving, all of these areas generate revenue while other areas are down.

This is also true for a company like Real Matters Inc (TSX:REAL). The company operates a platform that connects field agents with information and data on properties. This can be used by everyone from mortgage lenders to insurance companies, which is why the company continues to do well. When one area of the company shrinks, there’s another to pick it up.

Take the last earnings report. The company posted strong second-quarter earnings as it took over more of the market share within the proprietary industry. There were huge gains within the U.S. Appraisal and Title revenues, generating a whopping $14.6 million compared to $2.8 million the same time last year.

And, like Shopify, it seems to be benefiting from the pandemic. The low interest-rate environment created a long-term opportunity for the company as many clients will want to refinance loans during this time. So while people might not be doing well financially, now is the perfect time to refinance during an economic downturn and take advantage of the low rates.

This could be the catalyst for something huge for Real Matters. The company could see a Shopify-like increase thanks to its ability to adapt. The stock is already up 138% this year, and that’s likely to continue increasing as earnings reports come in.

Real Matters could very well turn out to be the company many wished they had bought while it was still within the double-digit range.

It could very well hit triple digits within the next year or so as the markets rebound and the company continues to prove its worth.

But there are even more shopify-like stocks out there!

This Tiny TSX Stock Could Be the Next Shopify

One little-known Canadian IPO has doubled in value in a matter of months, and renowned Canadian stock picker Iain Butler sees a potential millionaire-maker in waiting…
Because he thinks this fast-growing company looks a lot like Shopify, a stock Iain officially recommended 3 years ago - before it skyrocketed by 1,211%!
Iain and his team just published a detailed report on this tiny TSX stock. Find out how you can access the NEXT Shopify today!

The post The Next Shopify (TSX:SHOP) Is Already Up 138% This Year appeared first on The Motley Fool Canada.

Is This the Best Gold Stock to Buy in August?

Higher gold follows risk like one foot follows the other. But this year has seen gold stocks generate a momentum that exceeds the usual rush to safe havens characteristic of a frothy market. In fact, some gold stocks have come to resemble cannabis tickers at the height of pot stock fever.

And that risk looks set to continue mounting — albeit in a dangerous, quiet kind of way. The markets are yet to factor in the disruption potential from the U.S. election. And with the race for a workable vaccine heating up after Russia’s Sputnik V news, volatility is sure to be an issue in coming months.

Despite this strong, sustained positive momentum, exemplary miner Newmont (TSX:NGT)(NYSE:NEM) still exhibits decent valuation relative to its sector. From a P/E of 12.7 to a P/B of 2.3, Newmont is still a good play for value in 2020.

Newmont’s dividend percentage yield may not be all that impressive compared with some of the rich-yielding heavy hitters on the TSX. But Newmont’s approximately 1.5% dividend is nevertheless worth the investment money. While that yield is small, it’s larger than those of many of its closest competitors.

One thing that investors may want to keep an eye on is a company’s balance sheet. This is especially true if stocks are being bought for the long term. Newmont looks solid in this regard. Its debt-to-equity ratio is suitably low at 26.3%. This makes Newmont a strong choice for investors with a lower tolerance for risk in their stock portfolios. This is also a good name to hold for moderate growth.

The outlook for gold is solid with some analysts calling for the yellow metal to hit US$3,000. Having broken all kinds of records already in 2020, this kind of valuation might not be as ludicrous as it sounds. After all, investors are dealing with a bizarro market combining both the remnants of the longest bull run in history plus echoes of the Great Depression. This also makes gold stocks a buy for investors with narrow financial horizons.

In terms of track record and returns, Newmont will have bagged you around 80% in the past year compared with the metals sector’s average of 50%. Neither are bad returns by any means, but Newmont is clearly outperforming its own sector when it comes to rewarding investors. Looking forward, the outlook for Newmont is likely to see this trend in returns continuing into next summer.

Barrick Gold, Franco-Nevada, Kinross Gold, Kirkland Lake Gold — these stocks are all solid gold buys this year. But Newmont is arguably the best in terms of its all-around buying points. For its mix of decent scores in valuation, outlook, track record, dividend, and track record, Newmont is a strong buy. For investors with a focus on regular passive income, its 1.5% yield is a standout feature worthy of a place in a low-risk stock portfolio.

Gold is galloping, but good value for money can still be found. However, these FIVE stocks also match affordability with growth potential:

Motley Fool Canada‘s market-beating team has just released a brand-new FREE report revealing 5 “dirt cheap” stocks that you can buy today for under $49 a share.
Our team thinks these 5 stocks are critically undervalued, but more importantly, could potentially make Canadian investors who act quickly a fortune.
Don’t miss out! Simply click the link below to grab your free copy and discover all 5 of these stocks now.

Fool contributor Victoria Hetherington has no position in any of the stocks mentioned.

The post Is This the Best Gold Stock to Buy in August? appeared first on The Motley Fool Canada.

The markets don't seem to mind and we're still up around record highs as the worst things are for the American people, the better things are for American Corporations, apparently, as the stimulus fairy comes and pays them visit after visit.  President Trump played the fairy this weekend, waving his executive action wand and unconstitutionally wishing for various bribes to the voters:

In other words, Trump's Executive Orders are a whole lot of nothing but Congress and the White House have still failed to reconcile Democrats' $3.4Tn coronavirus-relief plan and Senate Republicans' far smaller $1.1Tn proposal.  The Paycheck Protection Program expired Saturday. The future of the small business rescue plan is in limbo.  “Meet us halfway and work together to deliver immediate relief to the American people,” Pelosi and Schumer said in a joint statement. “Lives are being lost, and time is of the essence.”

Joe Biden, noting that Trump signed the “half-baked” orders at his golf club in New Jersey, said they short-change the unemployed and trigger a “new, reckless war on Social Security."  “These orders are not real solutions,” soon to be President Biden said. “They

Now track SPACs live with the IPOX® SPAC (Ticker: SPAC). IPOX is pleased to note the launch of the IPOX® SPAC, a benchmark portfolio focusing on Special Purpose Acquisition Vehicles.

IPOX Indexes fall towards week-end, many still set weekly all-time Highs. The IPOX Indexes rose last week to close at or near weekly-all-time highs. Trading Sentiment deteriorated towards the weekend on increased China-U.S. tensions with encouraging U.S. and European economic data driving some asset allocation away from the hugely outperforming growth-focused portfolios to conventional benchmark exposure and U.S. small-caps (RTY: +6.00%). In the U.S., e.g., the IPOX 100 U.S., underlying for the $1.5 billion “FPX” ETF, rose +0.80% to +12.64% YTD, lagging the S&P 500 (SPX) by -165 bps. on the week. Amid earnings and renewed corporate actions activity, weekly returns of portfolio holdings diverged sharply: While medical devices maker Irhytm Technologies (IRTC US: +62.33%) and security services provider ADT (ADT US: +41.70%) soared on strong earnings and an investment from Google, respectively, profit taking after earnings pressured infrastructure software makers Datadog (DDOG US: -19.80%) and Fastly (FSLY US: -17.70%). Abroad, we note a fresh weekly all-time 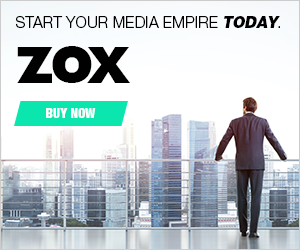 How 3 HubSpot Managers Found Strong Co-Marketing Partnerships [+How You Can, Too]